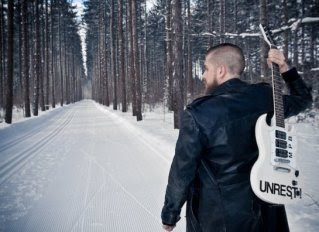 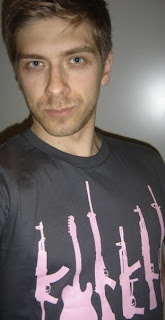 It is with a heavy heart that e.V.'s Underground reports that founder, frontman, principal songwriter & lyricist for blackened-doom metal masters "Woods of Ypres", has died as a result of a car accident, near Barrie, Ontario. He was 31. 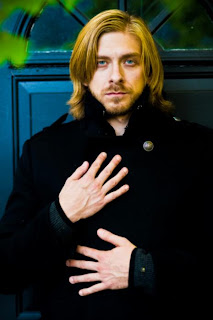 The very talented Gold was pretty much of a modern day renaissance man - a multinstrumentalist (drums, guitar, vocals) and frontman, an accomplished lyricist, who ran his own independent record company, (Krankenuhaus), mixed his own albums, and who taught English in Korea and Kuwait for a spell to pay down debts he incurred making all but the upcoming album, "Grey Skies and Electric Light" (produced when Woods was finally picked up by Earache Records earlier this year).

on his own label:

Outside of WoY, Gold was an accomplished drummer, drumming for the Korean death metal band Necramyth, for the Sault Ste, Marie based symphonic metal band "Gates of Winter" and was founder of, and drummer for, the Ontario Black Metal Preservation Society. He also drummed with the superb gothic metal band, l'Anguisette. You can read more about David from the man who he played with before he went off to start WoY, here. He had one more side project, with bandmate Joel LaViolette the folk-ified black metal duo, Thrawsunblat.

Gold exhibited a dark, wry sense of humour in his lyrics (check out Wet Leather), which have been compared to Type O Negative, as well as penning a blues song about going overseas to pay off debts (see below). Along with his regular twitter account, he maintained one for David Yprez, a tongue and cheek shot at gossip columnist accounts, where he took caustic Petez Hilton-like aim at Woods of Ypres, claiming "I hate that band!", and posting bad reviews and TMZ-esque pics. Woods of Ypres blogs were filled with his sense of humour.

He was hard working, kind, and very well thought of by folks at CKCU (here at e.V.'s Underground and also Crossing Boredom) and he will be sorely missed. :-( 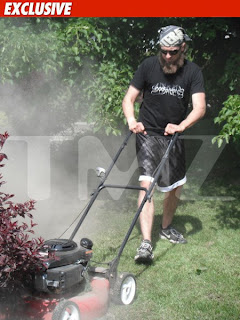 The Very Best of 2011, a lucky 13 of hot releases, in no particular order. This is what really got under my skin, in a good way, this year.

Strong songwriting from Toronto's jawdropping goth metal act Syrynx, and their self titled EP featuring the astonishing vocals of 17 year old Mikki Straatsmaa, who is well on her way to kicking Amy Lee and Tarja's butts. And she has already fronted her own project Viveyenne since she was 13.

Newly signed to Earache Records, and hailing from Sault Ste. Marie, Woods of Ypres's blackened doom metal odyssey, "The Green Album" is a grueling grim grind in terms of album length but absolutely worth the cathartic ride.

SIXX AM is the only band to have written 2 albums based around a book. It's the side project of Nikki Sixx, DJ Ashba of Guns and Roses, and producer James Michael - and features a soaring guitar solo from Ashba that continues to give me goosebumps. Featuring dark carnival photography from Sixx, based on his photography book "This Is Gonna Hurt" and with a strong message of empowerment for souls on the margins of society - that it's OK to be different.

Delicious Danish power metal "Seven Thorns - "Return to the Past" - is non-fattening, so bears repeat listening. My favorite pick is Forest Majesty but this will have to do.

Canadian folk metal mavens Scythia and their sophomore offering "...Of Exile" is a tale of epic lyrics & epic playing, including the band's self-described "oboe of death". The rollicking, fun and exceedingly silly "Hobarth's Inn", features a goat at the very end. This isn't it but still a rousing track.

Local (Ottawa) hard rockers smoke up the place with their sophomore self-titled EP "Down In Ashes" (EP) - Standout track: "The World Is Ending." A soundtrack like this could make the apocalypse much more palatable!

Finnish singer-songwriter, Hannu Lepistö's 5-track solo EP "Run Away With Me" ranges from Americana to dark rock to the title track which he describes as 'hip-pop'. With a smoky bass-barirone sounding like a cross between Lou Reed, Tom Waits, Bruce Cockburn, Stan Rogers, Brad Roberts, with some Jyrki69 thrown in for good measure, and songwriting chops to match, this strong effort bears repeated listening, and got the producer so hooked she felt compelled to make him some videos.

Raising industry hackles by releasing their latest album on no less than The Pirate Bay, Italy's Dope Stars, Inc. are on the bleeding edge of the digital future, with their rock-solid melodic industrial metal album "Ultrawired", which that only grows better with repeated listening.

Impossibly infectious, punked-out track from Ottawa-based horror-balladeers Patron Saint of Plagues, from their 3rd album "Things Arn't What They Seem" Is this why they call their fans the Infected?

With vocals and vibe comparable to a combo of Michael Gira (Swans) and the late great Peter Steele (Type O Negative) and Carl McCoy (Fields of the Nephilim), Chris Compton's project Frostbite debuts with "Valentine and Other Stories of Hope", a dark gothic masterpiece, enjoyable even to the freethinking non-goth.


Wonderfully played and written, dark, heavy and satisfying, A Pale Horse Named Death's "And Death Will Follow Me" is the rock project of Sal Abruscato, ex-drummer with goth metal legends Type O Negative.

Turisas, are a Finnish folk metal outfit named for a sea monster, and famed for their cover of Boney M's Rasputin. "Stand Up And Fight" is an oddly orchestral but beautiful album, showing frontman Matthias "Warlord" Nygard's voice in glorious & powerful form.

Kickass Cover of the Year goes to Chicago's industrial monsters Marazene Machine, and their hair-raising version of Motley Crue's "Live Wire". I like it better than the original! Modern and fresh. Crue's Tommy and Nikki gave it their blessing tweeting links to their followers.

but you really should also check out:


and Canada's All Else Fails who bring strongly written orchestral-inflected metal journey with prog. elements, for the thinking metalhead, with their solid "The Oracle: What Was, Is And Could Have Been".

Part 2 of the response to CKCU's station manager's question about favorite long songs.

Ottawa's Down In Ashes has 2 amazing songs over 7 minutes long - posting one here from their excellent debut album. You may want to check out their EP for the other one that springs to mind; it has a great groove even though it is called "The World Is Ending". ;) Doom metal legends Type O Negative share their sense of humour about a goth chick who just cannot get over her own vanity on Black No. 1 (Little Miss Scare All) .

As far as I can figure most Opeth songs top out at more than 7 minutes - their epic Black Rose Immortal is down at the bottom at 20 minutes long!

Into The Open Sky - Down In Ashes

In reply to our station manager's query about what long songs you want to hear or like to play...
some subspecies of metal are filled with long songs. Doom metal tunes regularly clock in at more than 7 minutes. Here are 3 favorite bands with loooong songs that have featured on e.V.'s Underground.

Sleepwalking Past Hope - HIM